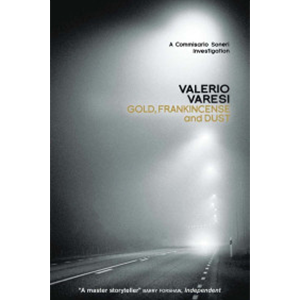 Parma. A multiple pile-up occurs on the autostrada into the city. A truck transporting cattle skids off the road. Dozens of cows and bulls go on the rampage, injured and crazed. In the chaos, the burned body of a young woman is found at the side of the road. Her death has no apparent link to the carnage. Commissario Soneri is assigned the case. It is a welcome distraction: his mercurial lover Angela has decided to pursue other options, leaving him even more morose than usual. The dead woman is identified as Nina Iliescu, a Romanian immigrant whose beauty had enchanted a string of wealthy lovers. Temptress, muse, angel – she was all things to all men. Her murder conceals a crime and a sacrilege, and even in death she has a surprise waiting for Soneri. 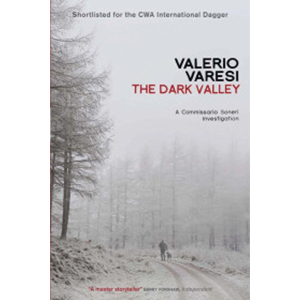 Commissario Soneri returns home for a hard-earned autumn holiday, hoping to spend a few days mushroom picking on the slopes of Montelupo. This isolated village relies on the salame factory founded in the post-war years by Palmiro Rodolfi, and now run by his son, Paride. On arrival, Soneri is greeted by anxious rumours about the factory’s solvency and the younger Rodolfi’s whereabouts. Not long afterwards, a decomposing body is found in the woods. In the shadow of Montelupo, carabinieri prepare to apprehend their chief suspect – an ageing woodsman who defended the same mountains from S.S. commandos during the war. 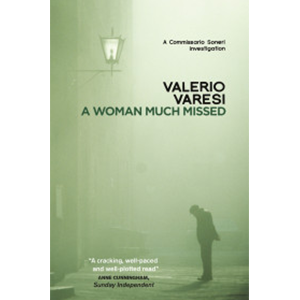 A Woman Much Missed

A few days before Christmas, with Parma gripped by frost and fog, Ghitta Tagliavini, the elderly owner of a guesthouse in the old town centre, is found murdered in her apartment. The case is assigned to Commissario Soneri, but the investigation holds a painful, personal element that sends waves of nostalgia sweeping through him. Tagliavini’s guesthouse is where Soneri met his late wife Ada, and where the young couple spent unforgettable hours in each other’s company. But the present can embitter even the sweetest memories. An old photograph of Ada with another man sends Soneri into a spiral of despondency, ever more so when he realises her death may be linked to Tagliavina’s lucrative sideline as a backstreet abortionist and faith healer. Though Soneri would like nothing more than to be allowed to drop the case, he doggedly persists, uncovering at last, along with the truth behind Tagliavini’s death, rife corruption at Parma’s rotten heart and a raft of ghosts from Italy’s divisive past. 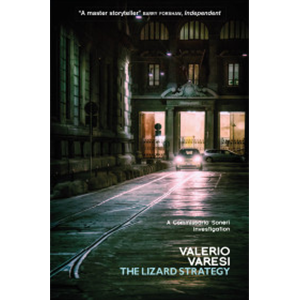 Parma is blanketed in snow, but this pristine, white veneer cannot mask the stench of corruption. Its officials are no longer working for its people – only for themselves – crime is out of control and resentment festers in every district. Commissario Soneri remains at heart an idealist, so the state of Parma wounds him more than most. And now he is presented with three mysteries at once, each more impenetrable than the last. In a river creek on the outskirts of the city, tipped off by a local, he finds a mobile phone that rings through the night but holds no data; an elderly patient with senile dementia is reported missing from a hospice; and the mayor of Parma, who was reported as taking a holiday on the ski slopes, has disappeared off the face of the earth – just when he seemed certain to be implicated in a seismic corruption scandal at city hall.
This website uses cookies to enable it to be navigated efficiently, to analyse user visit statistics, and third party cookies to send you advertising messages consistent with your preferences.
By closing this banner, continuing to navigate or entering any website element without changing cookie settings, you consent to use of cookies.
OkFor more information or to opt out of all or some cookies please click here